The Battle of Mons Graupius

Over the years I've been piecing together life with the Picts. Recently I've come to believe that they were European refugees escaping the Romans, Inverness was their southern fortified border, and they were a sea faring people who would have arrived by boat.

Archealogists from Aberdeen University have recently been excavating a site in Burghead which is the largest Pictish Fort ever discovered, and have offered this as a detailed representation of what it may have looked like. 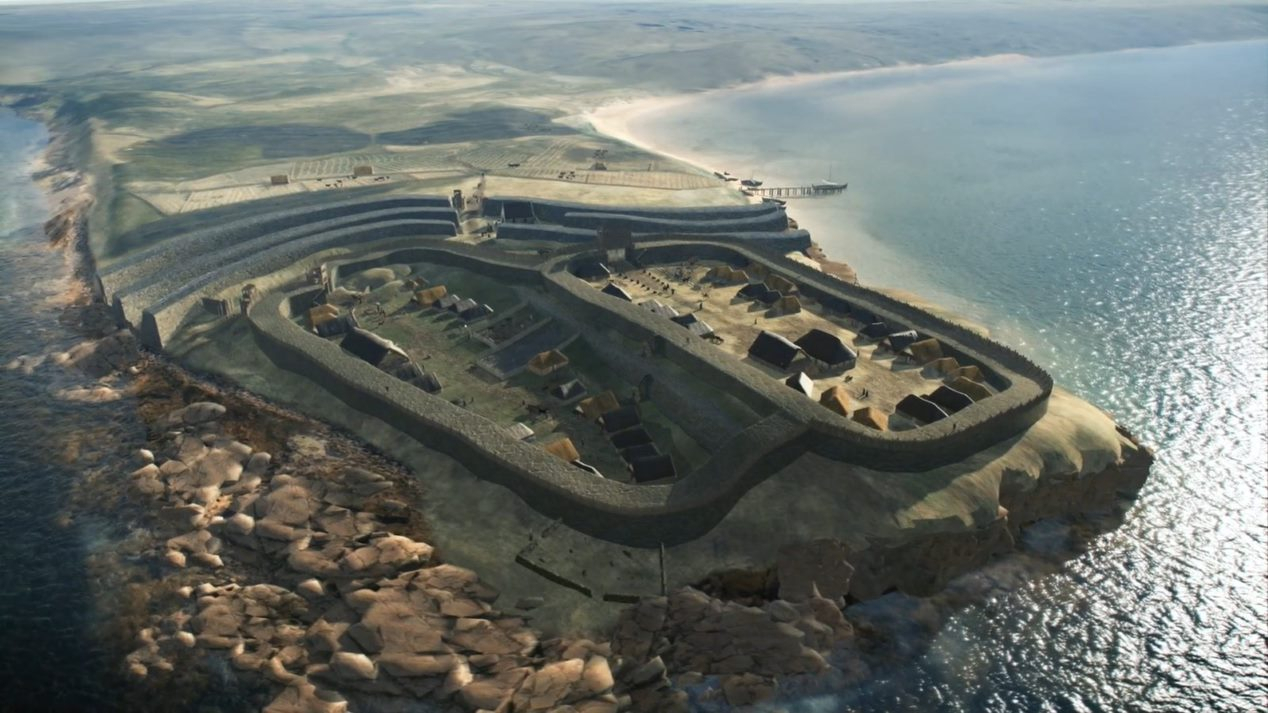 Warren MacLeod's brilliant analysis of The Agricola included compelling evidence pointing to Forres as the site of the battle of Mons Graupius. Here is Burghead in relation to Forres. 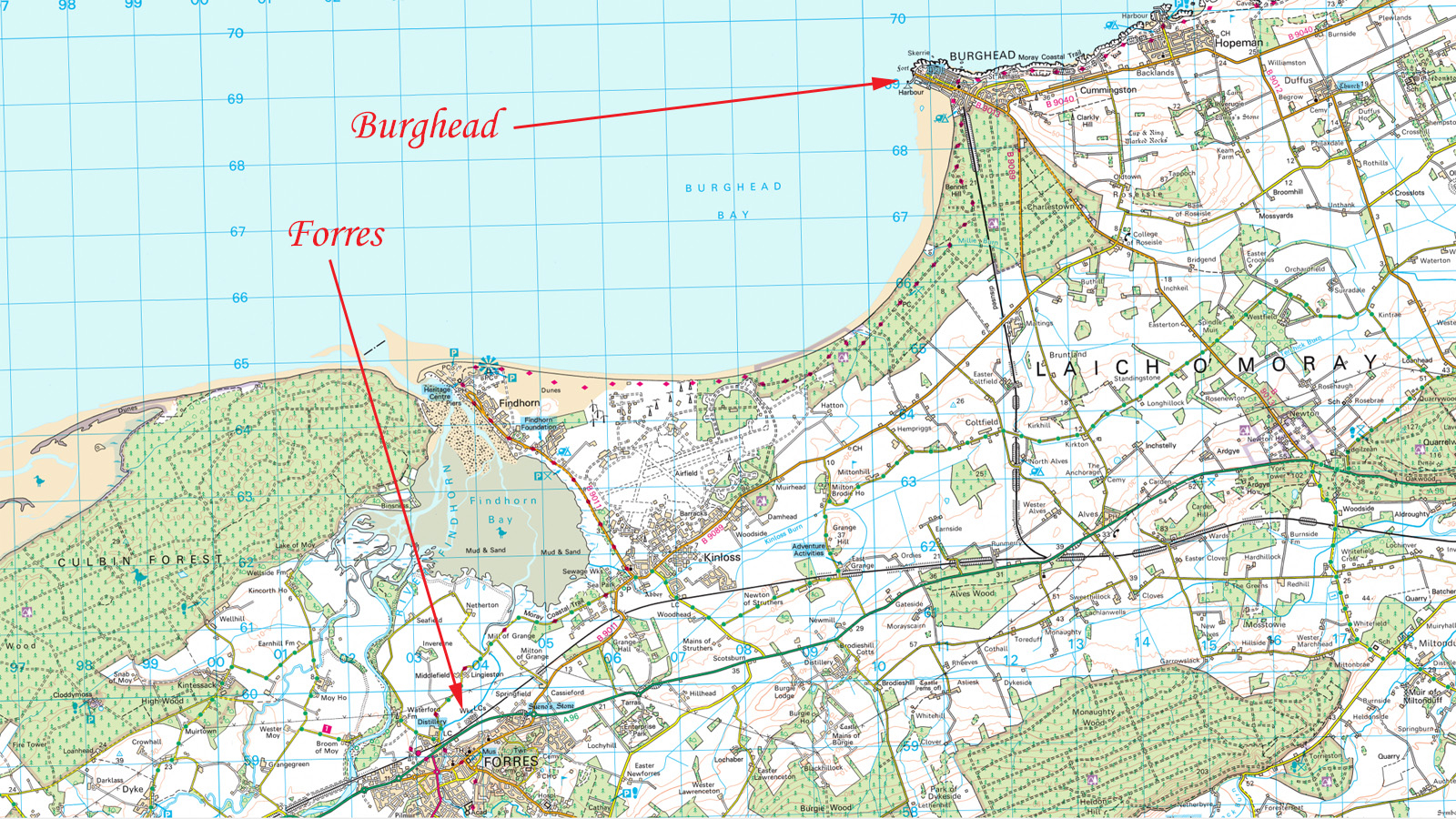 Reproduced by permission of Ordnance Survey on behalf of HMSO. Crown Copyright. All rights reserved.

Piecing everything together from the last 15 years while spending time with the Picts and their brochs, this is how I see things currently. Agricola was marching along the Moray coast towards Inverness from Aberdeen. If Inverness fell, the Romans would have taken Scotland. The Picts would have had months, even years to prepare and would have chosen the site for their last stand, which I believe was somewhere very close to Forres as indicated by Warren MacLeod.

When the Romans began their march along the Moray coast from Aberdeen, the settlement and Fort at Burghead would have been essential to cater for the tens of thousands of Picts prepared for war sailing into the harbour from Orkney, Shetland, Skye and the other islands in the Hebrides, as well as the west, north and east coasts. This was their Alamo, their last stand. If they fell, Scotland would have been taken. Their lives, the lives of their wives and children, and their very way of life would have weighed heavily on them as they faced the Romans across the battlefield. It must have been a ferocious fight with no quarter given on either side.

According to Tacitus the Roman historian, the battle of Mons Graupius was a decisive Roman victory in which the Caledonii army was destroyed and scattered. According to Tacitus, over 10,000 Caledonii were killed in battle for the loss of only 360 Romans. That's what Tacitus claims. Let's look at the facts. After the battle of Mons Graupius Agricola built no fortresses to consolidate his gains, but instead retreated quickly to his established forts south of Aberdeen. That same year Agricola was recalled to Rome and was murdered by the Emperor. Two to six years later the Romans retreated further south to their fortresses along the Clyde/ Forth isthmus. Not long after that the Romans retreated out of Scotland and cowered behind Hadrian's wall. In 367 AD, the Picts with the help of the Irish invaded England and together they pushed the Romans back from their last defensive positions at Hadrian's wall. Not long after that the Romans left Britain. The facts speak clearly for themselves. The Picts resoundingly trounced the Romans at the battle of Mons Graupius, and all the evidence points to the area around Burghead as the site of the battle. Now we can understand why Agricola slinked back into Rome under cover of darkness with a hood over his head. Not the triumphant entry reserved for conquerors returning from glorious battles, hey.

This is the Fort at Burghead today. The big enclosure is the one on the left in the illustration above. 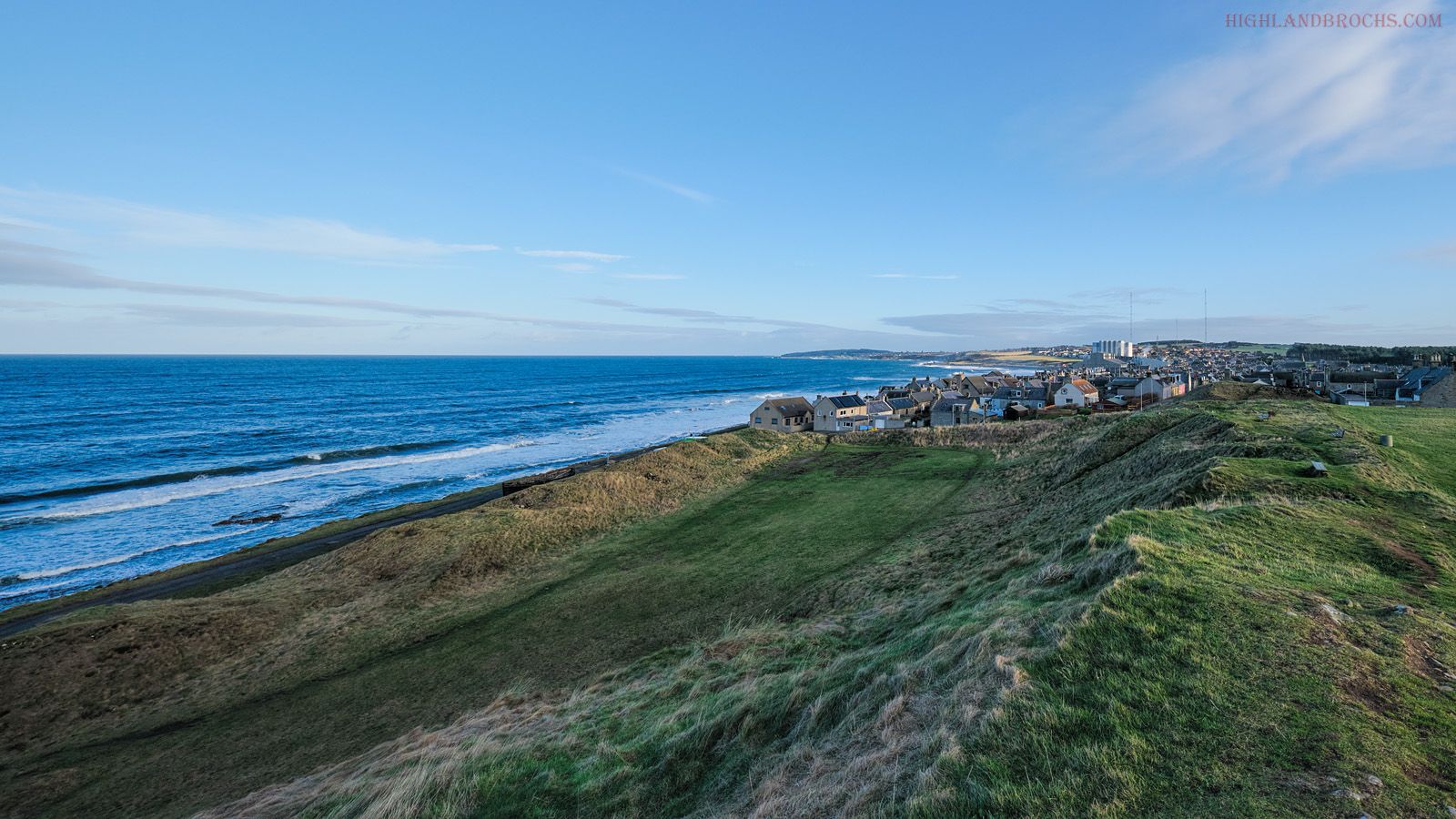 While visiting the fort and wandering around the site, I had a few more thoughts regarding Mons Graupius. For example, I doubt this would have been a static fight fought in one place. With tens of thousands of Picts attacking one of the largest Roman forces ever seen, I would surmise it was fought over a huge area. As the Romans were overpowered, they would have begun to retreat back towards Aberdeen and the Picts would have chased them. The battle may have begun near Forres or Burghead, but it may have lasted all day and victory not achieved until somewhere around Elgin. The fort would also have served to treat wounded men, house reinforcements, and prepare food and water for the men on the battlefield, luxuries the Romans would not have had.

Knowing the PIcts as I do there would also have been a huge monument erected to commemorate the battle. Are there any unique huge Pictish stones or landmarks around the Elgin, Burghead, Hopeman and Forres areas? What about burial cairns? The Picts would have buried the dead. What about the site of the old Duffus Castle? What was it originally built on? The entire hill itself looks too round to be natural. Could the castle be built on the site of a huge Pictish monument? Look at the site's proximity to Burghead. Come on, let's find the battlefield, it isn't far away. 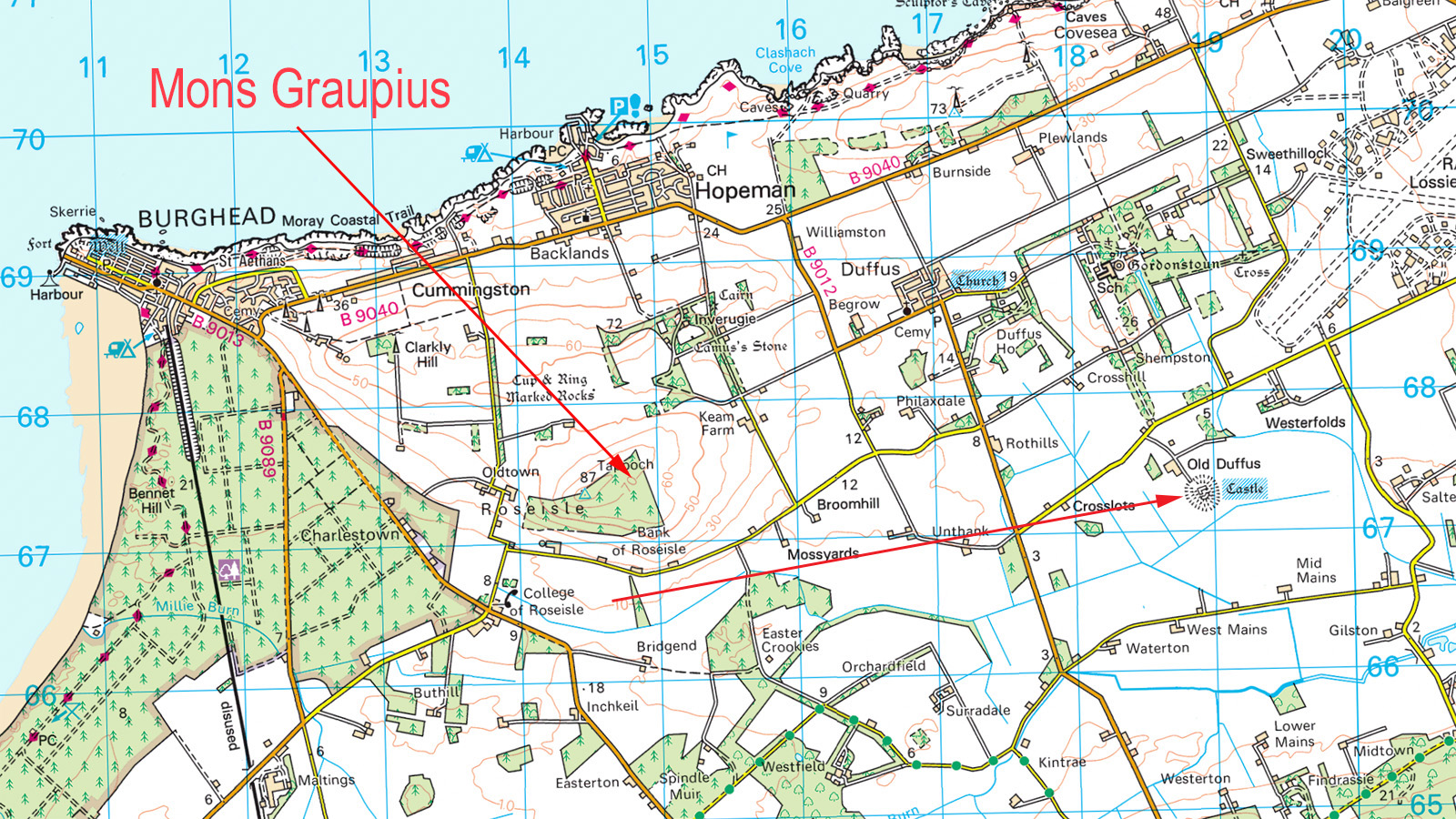