Not much to see above ground, just a grassy hill, but I'm sure there is plenty below ground waiting to be excavated. Lots of steep cliffs around here, so stay well away from the clifftops.

Access is down a private track and the broch is in a field to the left. Easy access once you find somewhere to park the car. No need to climb over fences either as there was an open gate into the field when I was there. That's the North Sea Beatrice windfarm in the background. 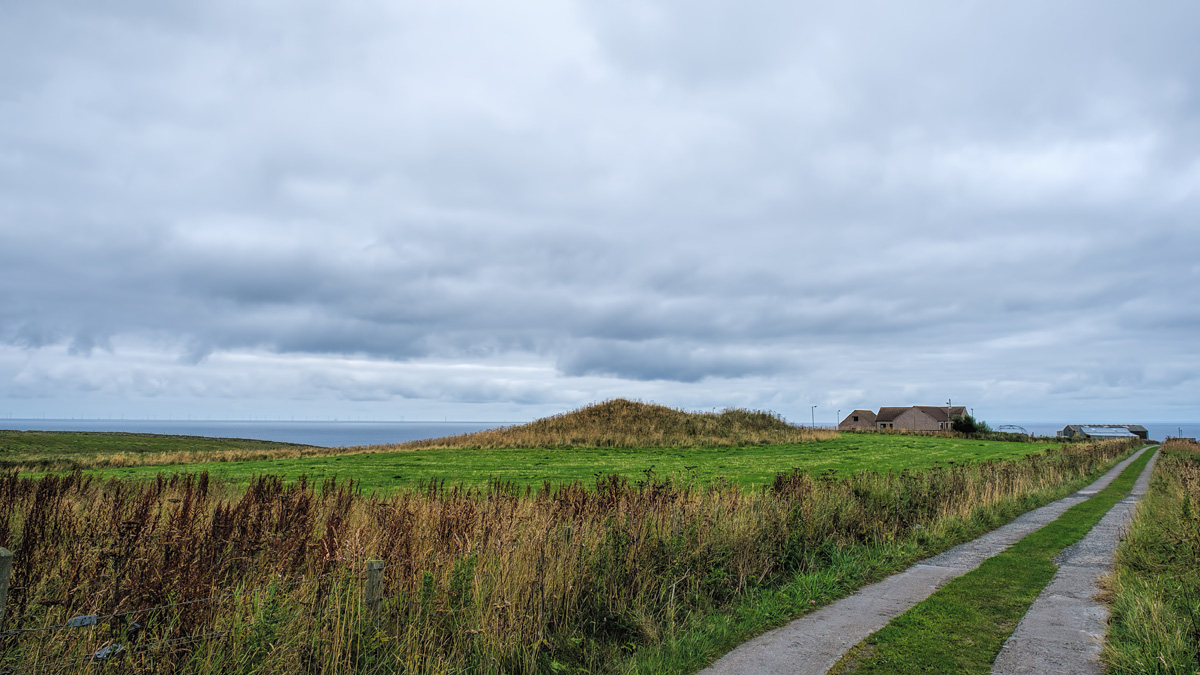 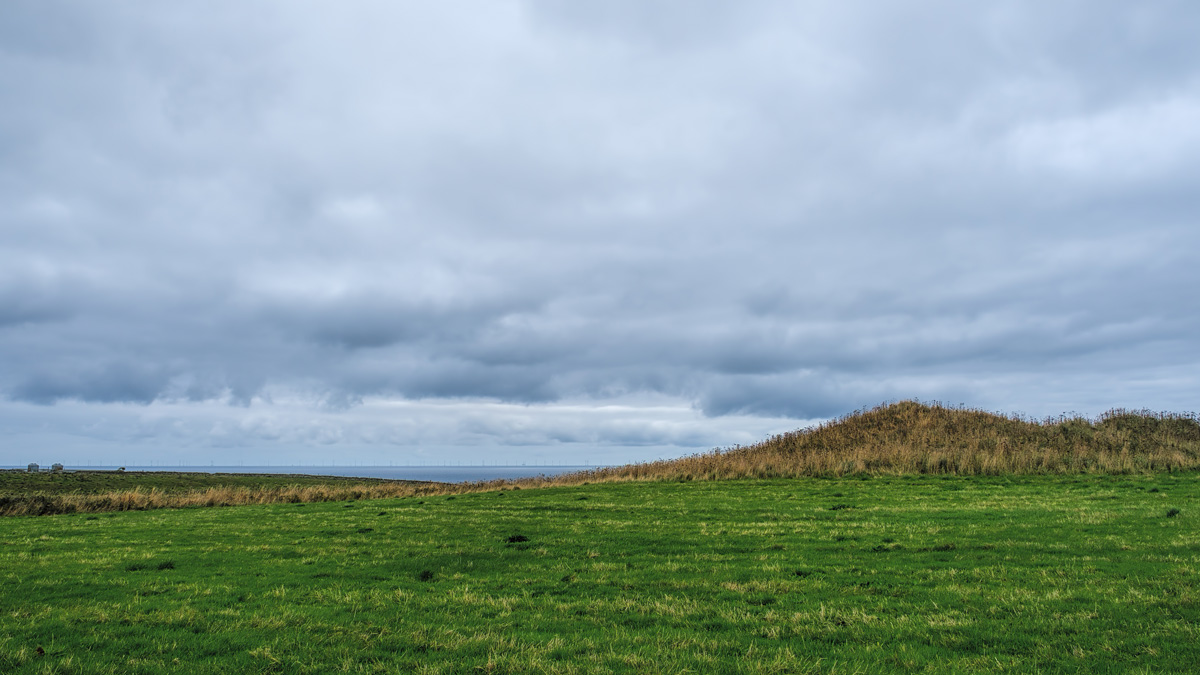 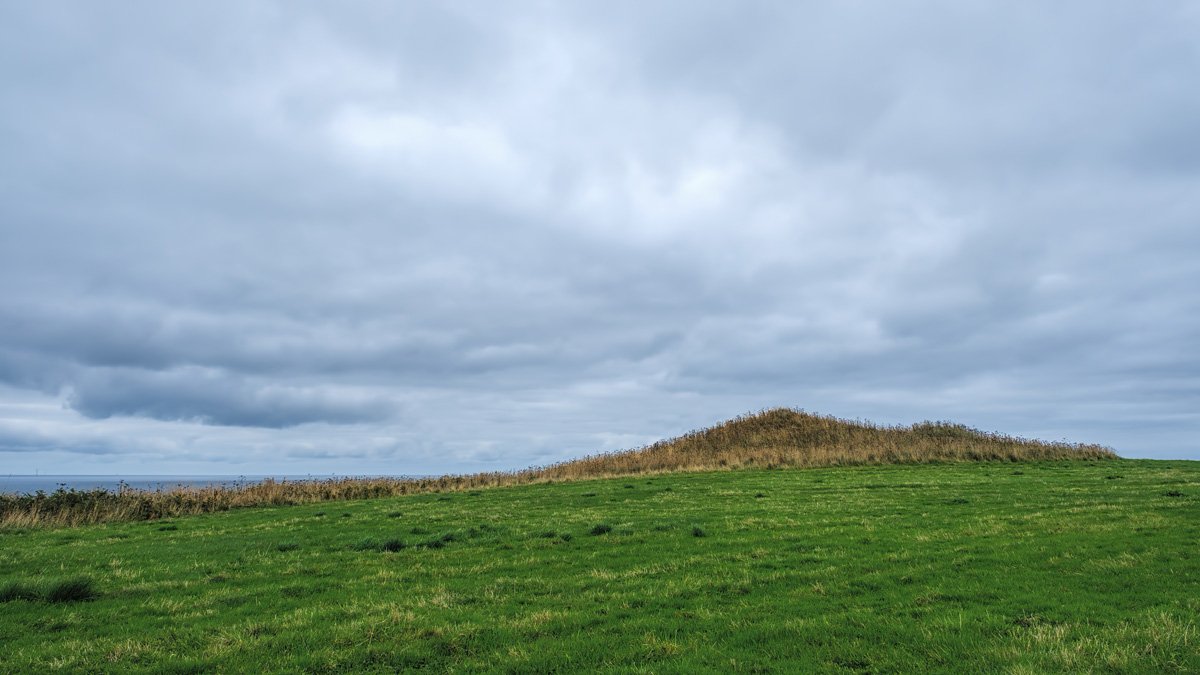 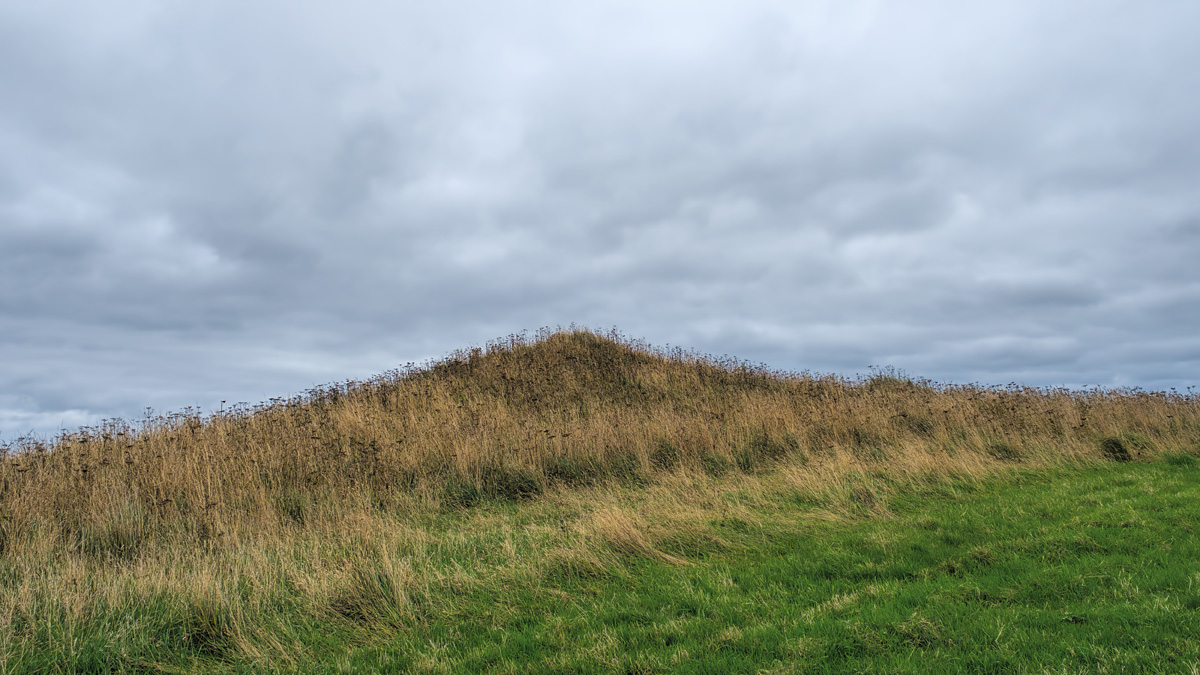 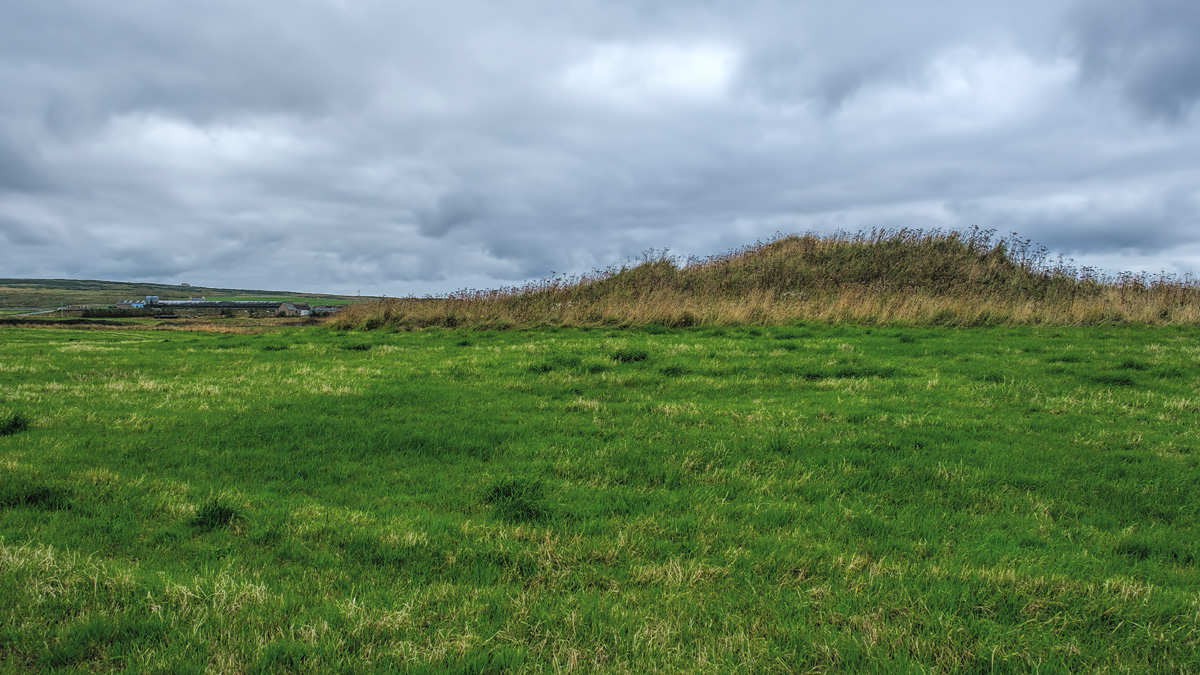 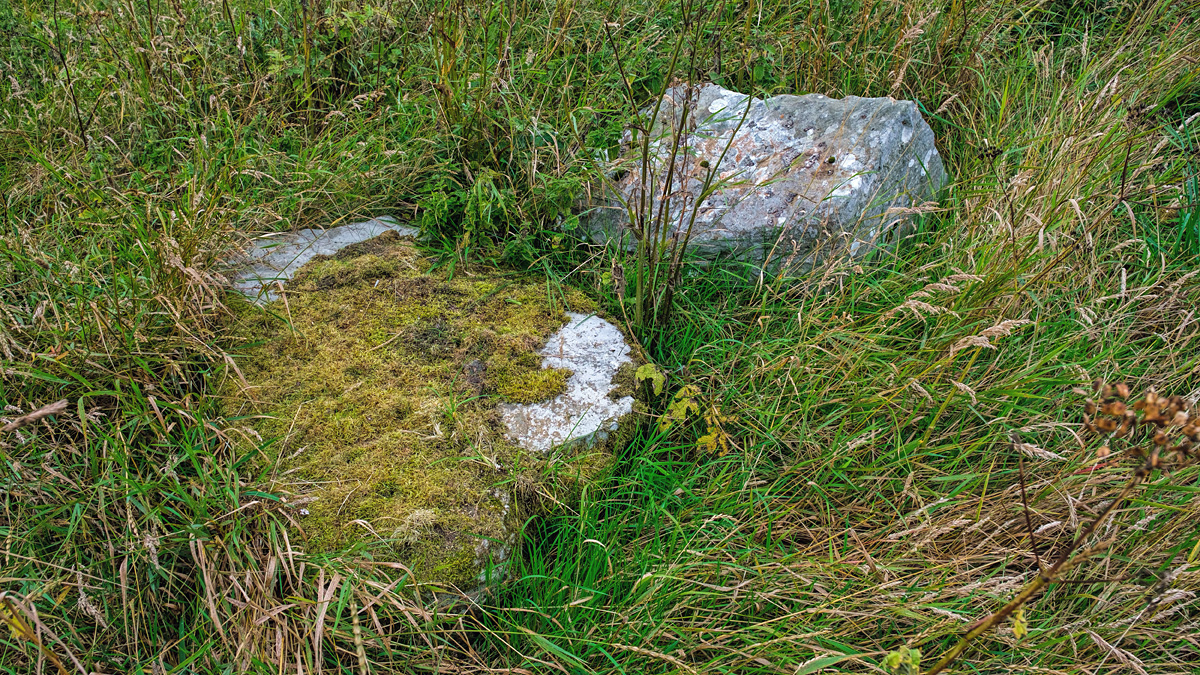 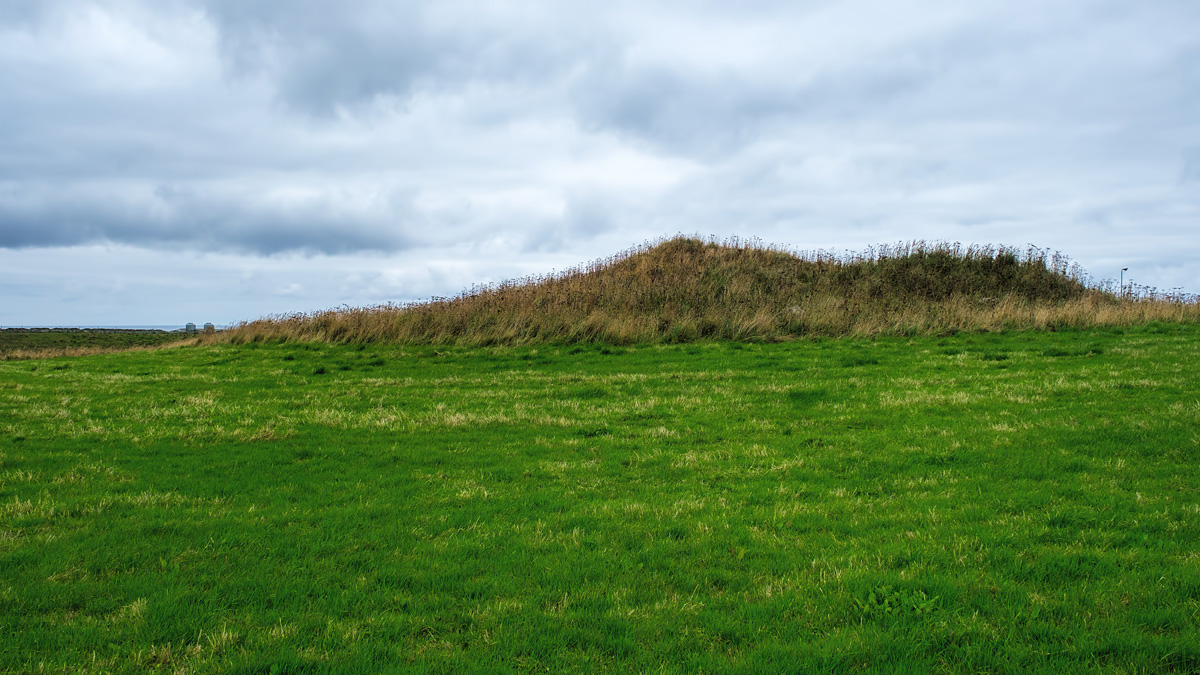 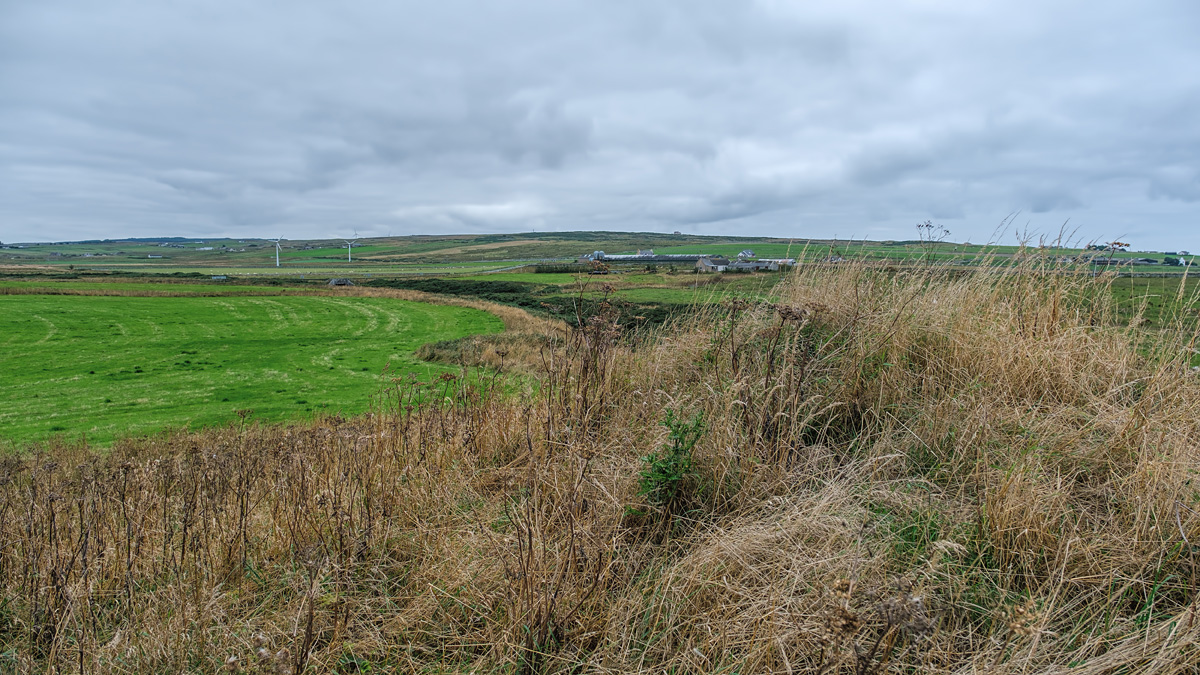 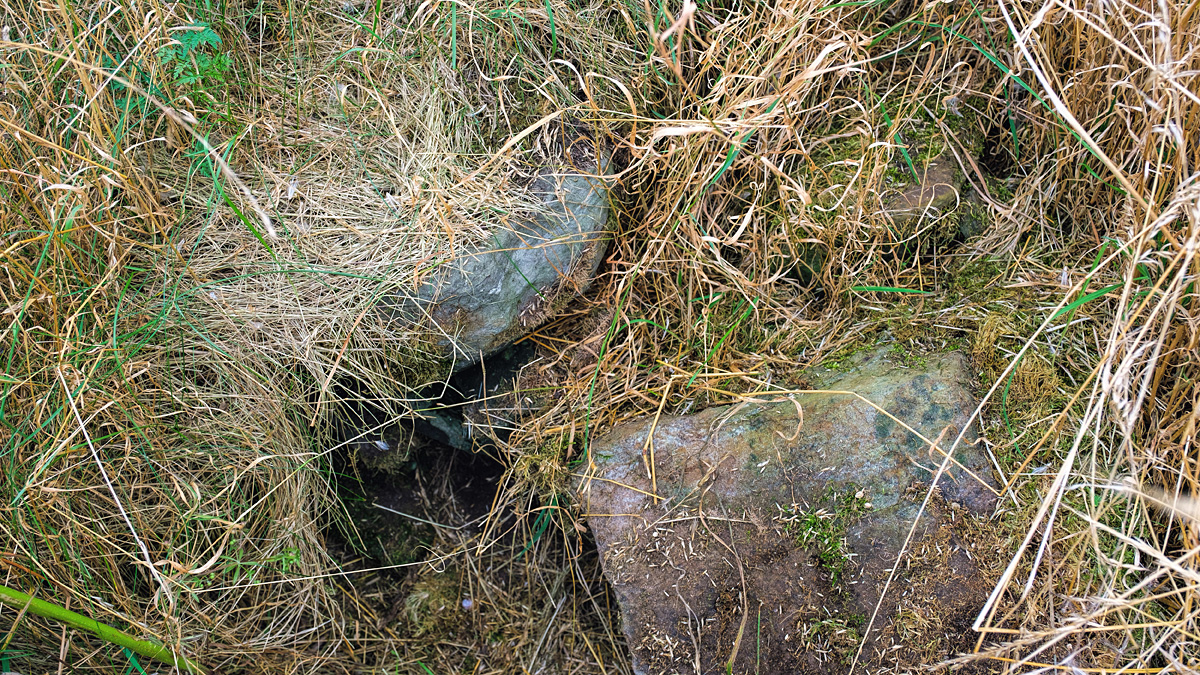 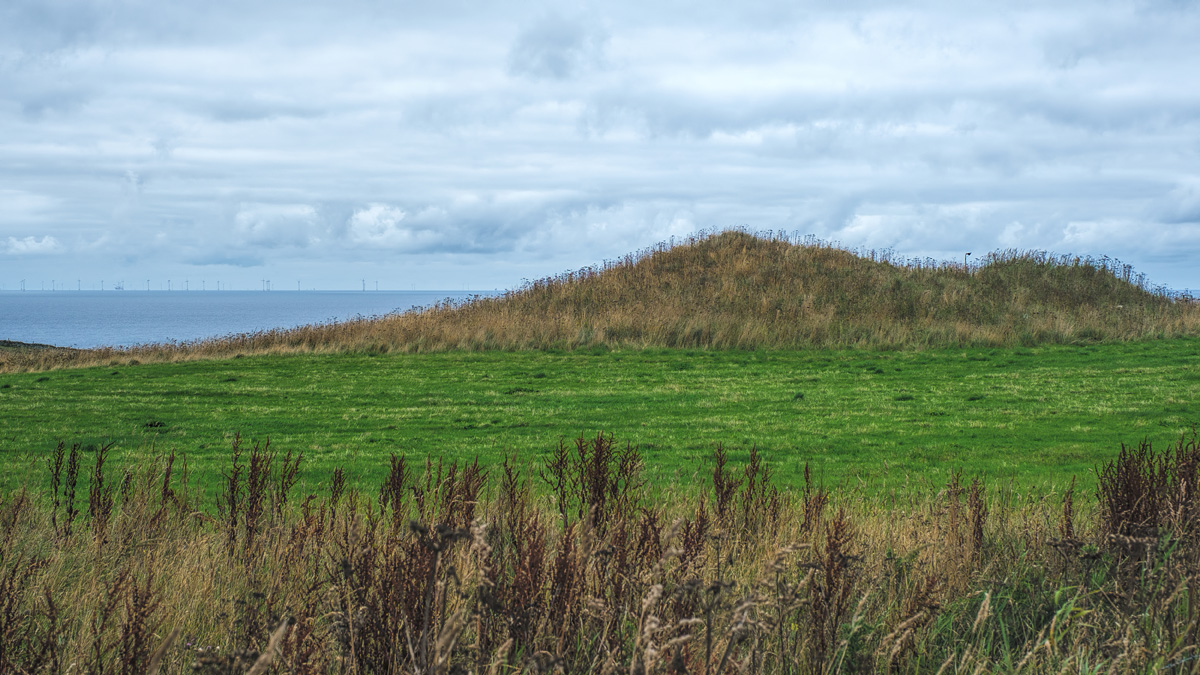 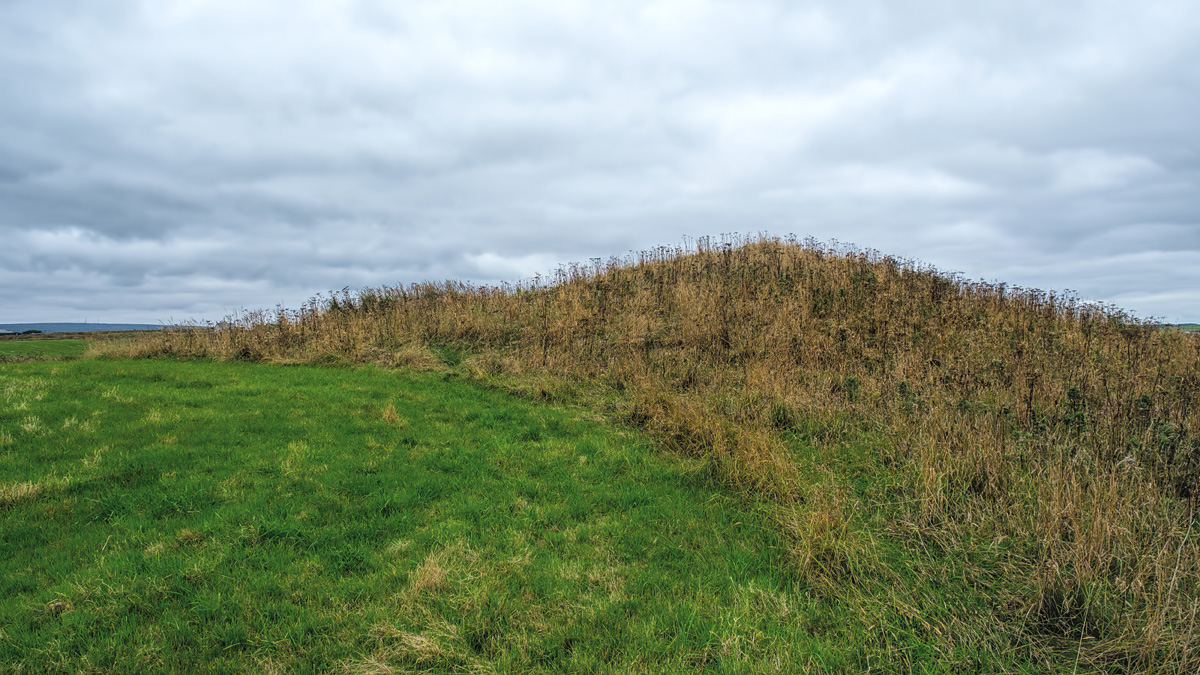 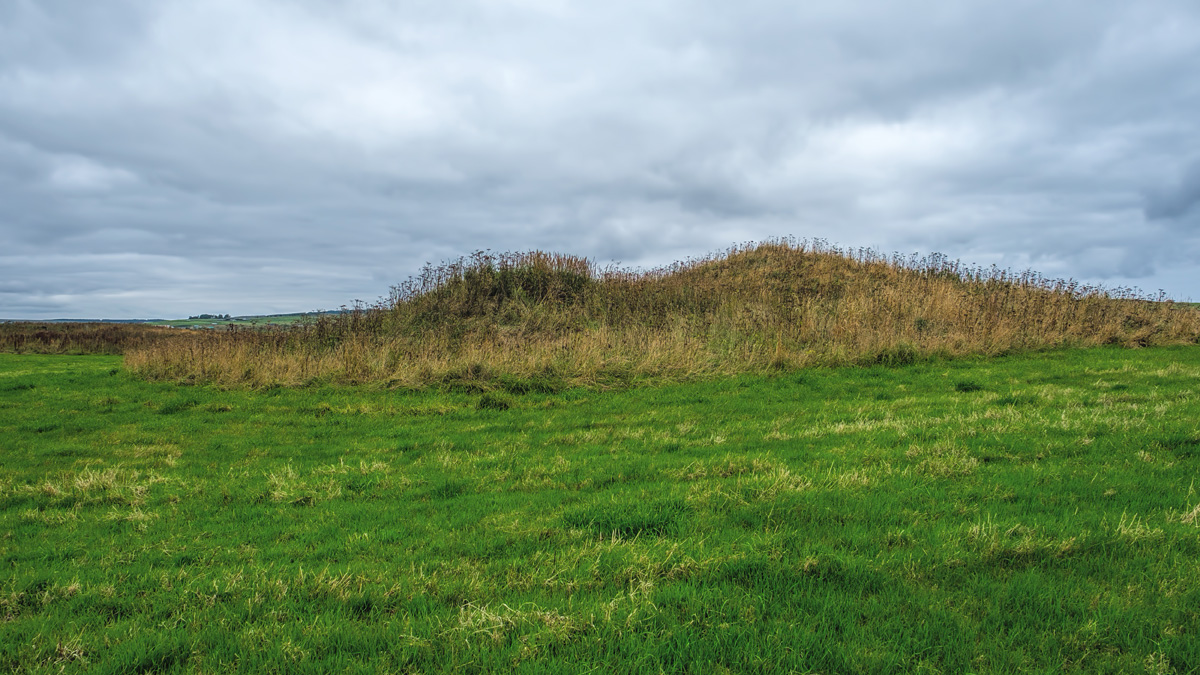